GameRoomOne is supported by its audience. When you purchase through links on our site, we may earn an affiliate commission. Learn more

Wondering what PS4 games you can buy for under £10? I'll run through 10 of my favourites.

Posted by GameRoomOne on October 5th, 2020

We’re heading towards the end of 2020 which also means we’re coming to the end of another console generation. This means there’s tonnes of cheap second hand PS4 games up for grabs.

Today I’m going to be going through some of the best games you can buy right now for under £10 on the PS4. It’s pretty amazing how dirt cheap some of these games are, as they’re really good and hopefully this post will help inspire your next game purchase.

First up we’ve got Uncharted 4: A Thief’s End. 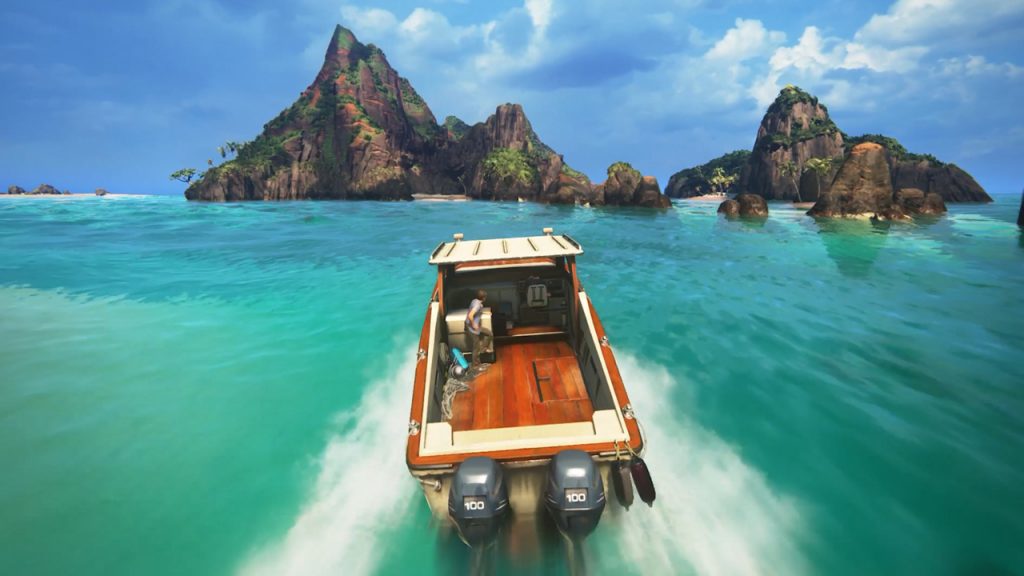 With everything that’s happening in the world at the moment, it’s nice to escape to some of the beautiful locations in Uncharted 4. Alongside it’s incredible graphics, you’ve got a great story, interesting and funny characters that you really connect with…and an amazing soundtrack.

Without giving anything away, it’s a really satisfying end to the series and the game really shows off the capabilities of the PS4. There are some really breath-taking moments and I often find myself just stopping and looking around in awe at the environment around me.

If you like a bit of combat, be it guns blazing or stealth and enjoy interesting puzzles, you should check this game out. It’s only £6 in CEX and arguably is one of the best games ever made for the PS4.

Batman Arkham Knight is an absolute blast and you can pick it up for only £8 in CEX! 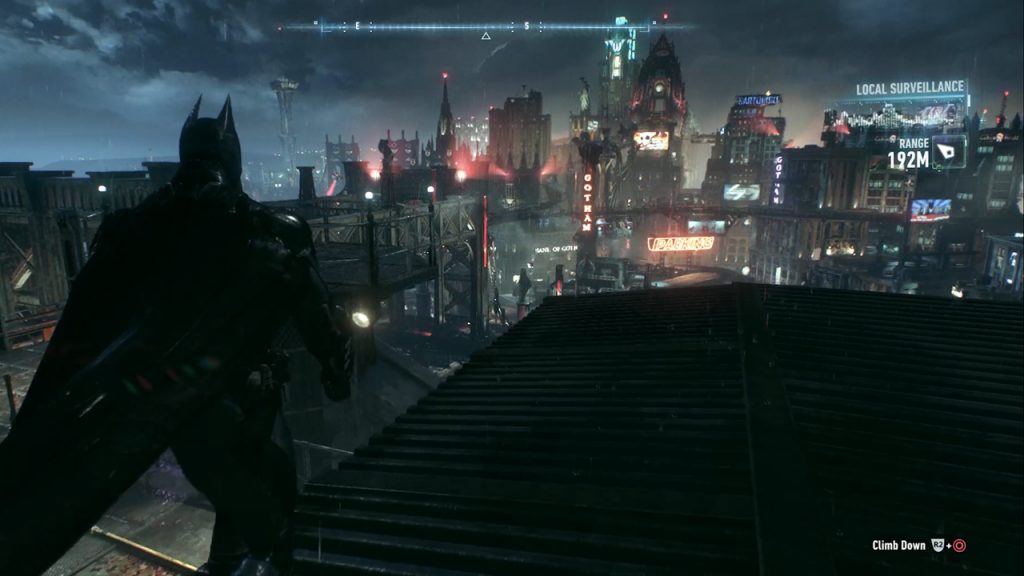 The game takes place in the dark and occasionally stormy Gotham City and there’s a fairly large open-world to explore this time round. The city has been evacuated, so most of the people you come across are criminals, which means there’s lots of opportunities for combat. In addition to the super fluid, strike-and-counter style fighting, there’s elements of stealth and some investigative work to carry out. There’s also tonnes of side-missions, collectables and puzzles.

But the one thing I really love about this game is the bat-mobile – the car that does it all – you can race around Arkham – there’s some awesome action-movie sequences, you can shoot enemies, battle tanks and drive up walls. 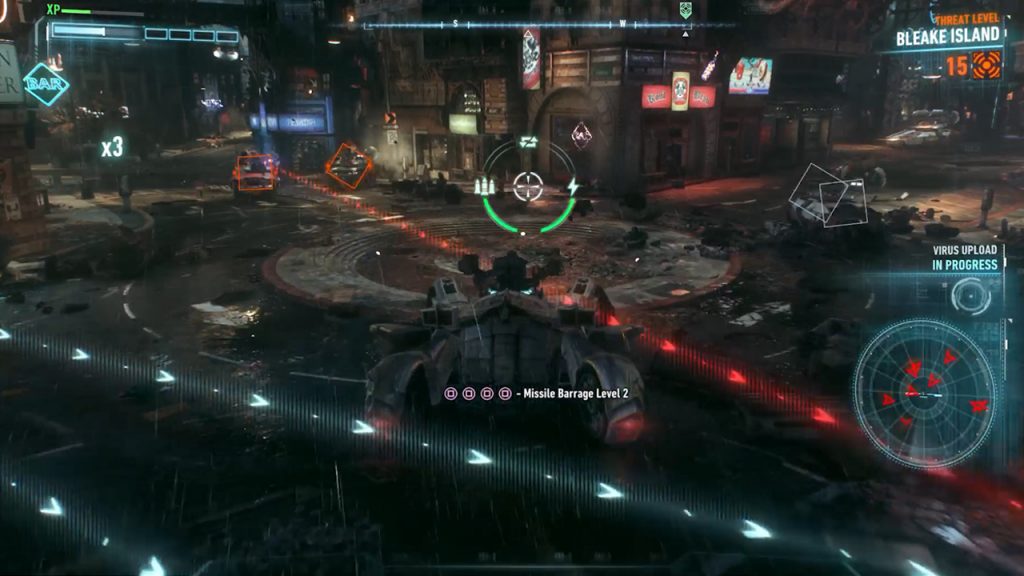 It’s a lot of fun and I would definitely recommend playing this game on the PS4 if you haven’t tried it yet.

The next game that costs less than £10 is the first of the Doom re-boot games. 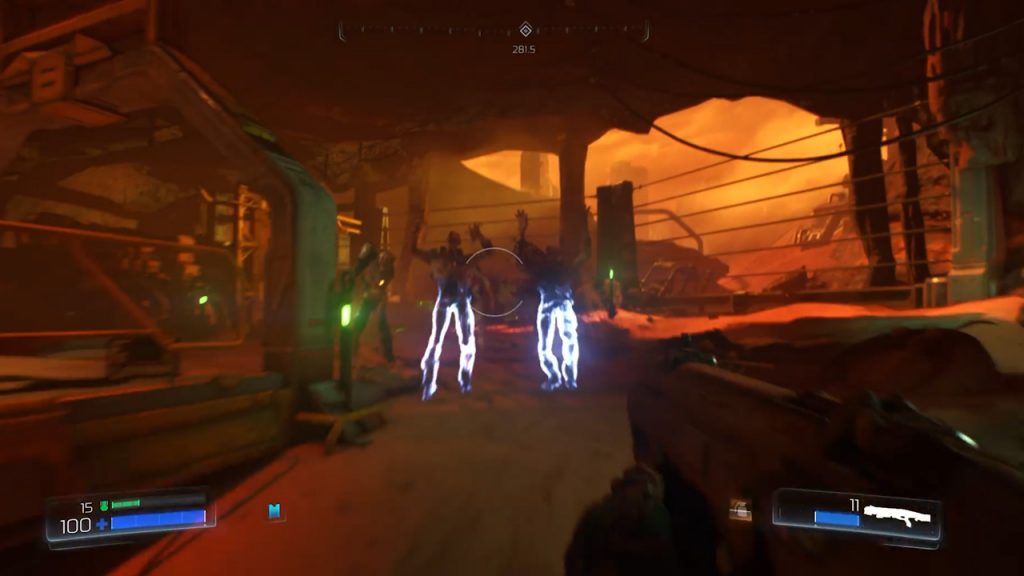 Doom is one of those games that I can easily get lost in. Every time I load it up, I’m instantly hooked!

I only meant to play this for 20 minutes to get some clips for a video and I ended up playing it for 2 hours.

It’s such a fast-paced game and when combined with it’s heavy-metal soundtrack, it’s sure to raise your heartrate! The game follows the mantra of move, shoot, kill, repeat and it never gets boring especially when you’ve managed a graphically gory Glory Kill. You can tear hordes of demonic creatures apart with your bare fists, use an array of guns and even a chainsaw! 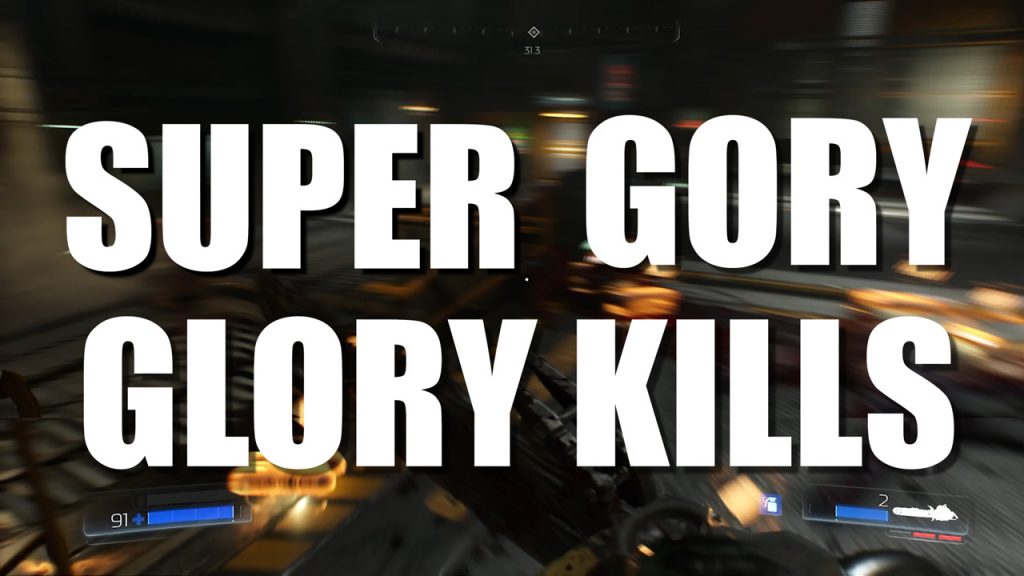 Doom is instant fun and you can pick it up for only £7 in CEX. It’s definitely worth playing.

Horizon Zero Dawn is up there in my favourite games of this generation. It’s a really interesting game concept with an engaging, intriguing and emotional story. You play the game as Aloy, a young girl who has been outcast from her tribe. She dedicates her youth to training for a competition that will hopefully allow her to re-join her tribe and ultimately be accepted.

I can’t stress enough how unique this game is. It’s like a mash up of Game Of Thrones and Vikings mixed in with some Sci-Fi. You can battle these incredible animalistic machines. The combat is largely based around using a bow and arrow and it’s extremely satisfying taking down a colossal robotic animal.  As the game progresses you uncover advanced technology, you can craft items and explore a huge map that includes environments like snowy mountains and deserts. 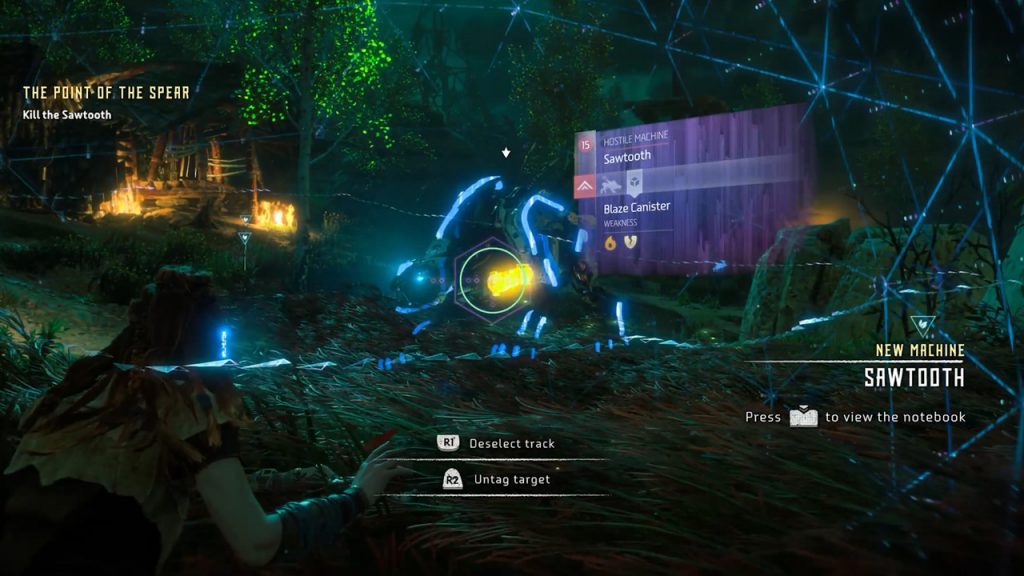 You can pick up this PS4 game for just over £7 on Music Magpie. I just want to stress that this is for the original game without the add on pack, but I’d really recommend playing it!

Another PS4 game that you can currently pick up for less than £10 is Infamous Second Son.

This was the first game I played on the PS4 as it came with the console at the time. 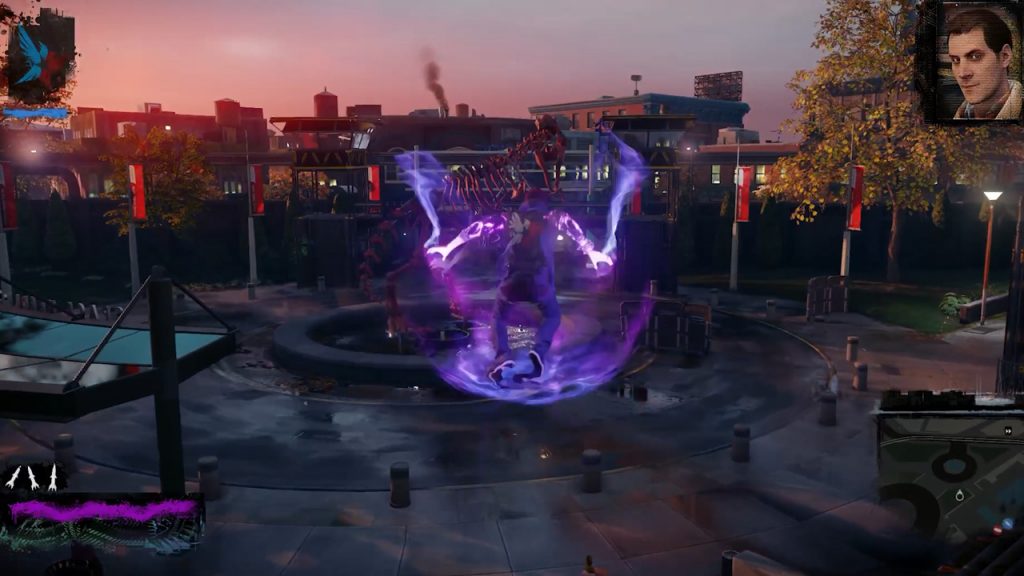 I really enjoyed playing this one…The graphics are awesome and blew my mind at the time.

In the game you play as Delsin, a 20-something tagger, who has no real purpose in life until he starts unlocking super-powers. As the game progresses you gain powers like smoke, neon and a whole lot more which can be used for good or evil. Either way, the local law enforcement views people with powers as bioterrorists and wants to either kill or imprison them. 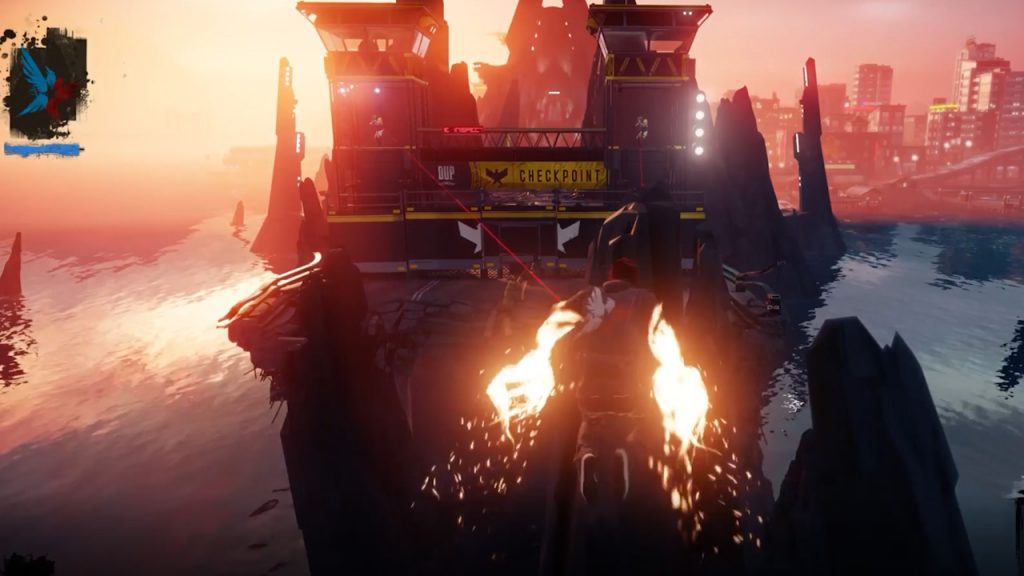 I really enjoyed the story… You can also use the PlayStation controller like a spray paint can and tag buildings and walls. There’s lots of side-missions and collectables to keep you busy. I particularly love the way the neon powers look. And for only £6 in CEX it’s definitely worth a play.

Next up we have Just Cause 3 – an open world action-adventure game. 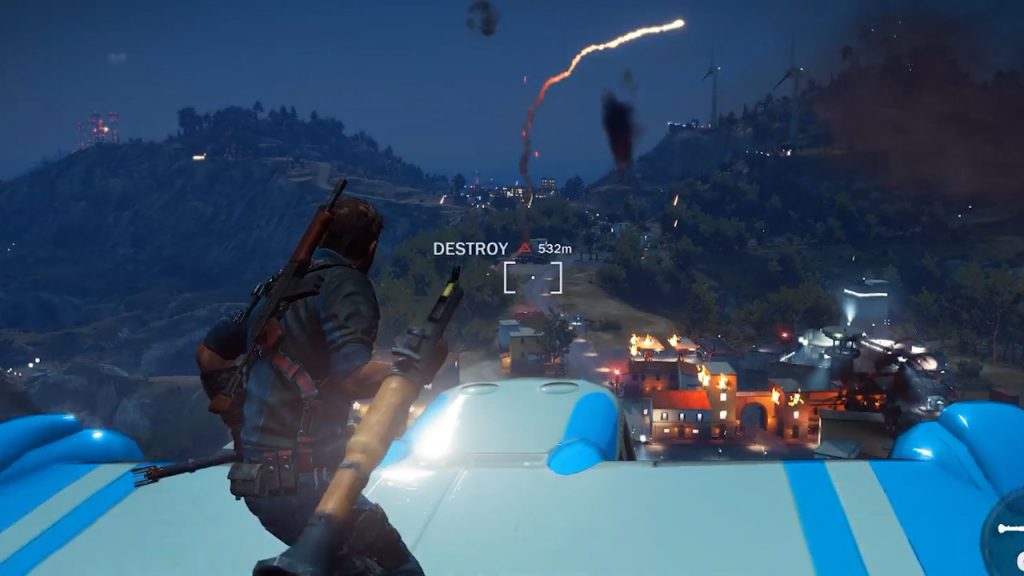 In Just Cause 3 I love that you can play as Rico Rodriguez and glide around the map in a new wingsuit. It’s such a chaotic game with guns, grenades, rocket launchers,  grappling hooks, parachutes and lots of vehicles to drive or fly. There’s definitely a lot to keep you occupied and whilst there is a story to follow, it’s not unusual to get distracted…. I’ve lost count of the amount of times I’d been flying a helicopter and spotted something red to blow up. There’s also lots of side-missions and challenges around the island, which in itself is varied with it’s snowy mountain tops, cities and beaches. For £5 it’s a game that will definitely capture your imagination and encourage you to be creatively destructive.

Next up we’ve got the WipeOut Omega Collection. 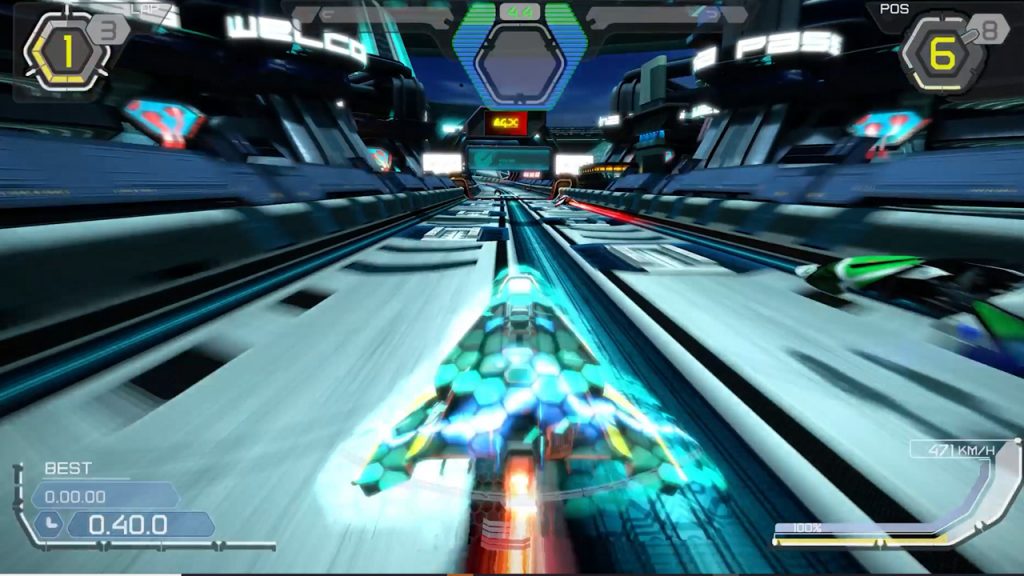 Now I grew up playing the original Wipeout game and as fun as it was back then, it’s safe to say that the graphics have come a long way since then.

I love playing these games, the controls are responsive, the graphics are so glossy and amazing. It’s so much fun racing others and blasting them off the track. You’ve also got the intense Zone levels and another thing I also forgot to mention is the soundtrack…it’s brilliant! I picked this one up for £8 in CEX. 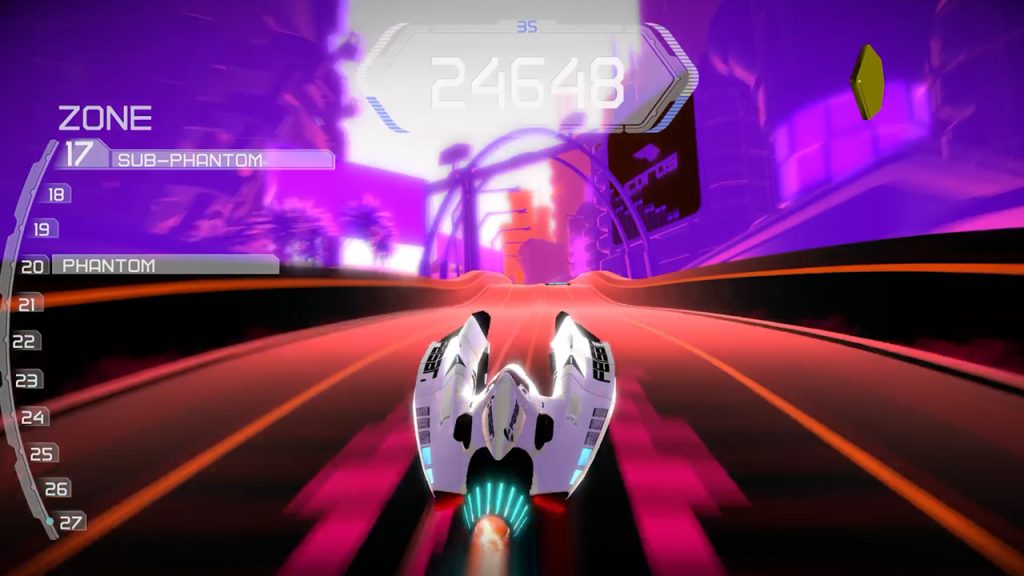 Another game you can pick up for under £10 is Assassins Creed Black Flag. 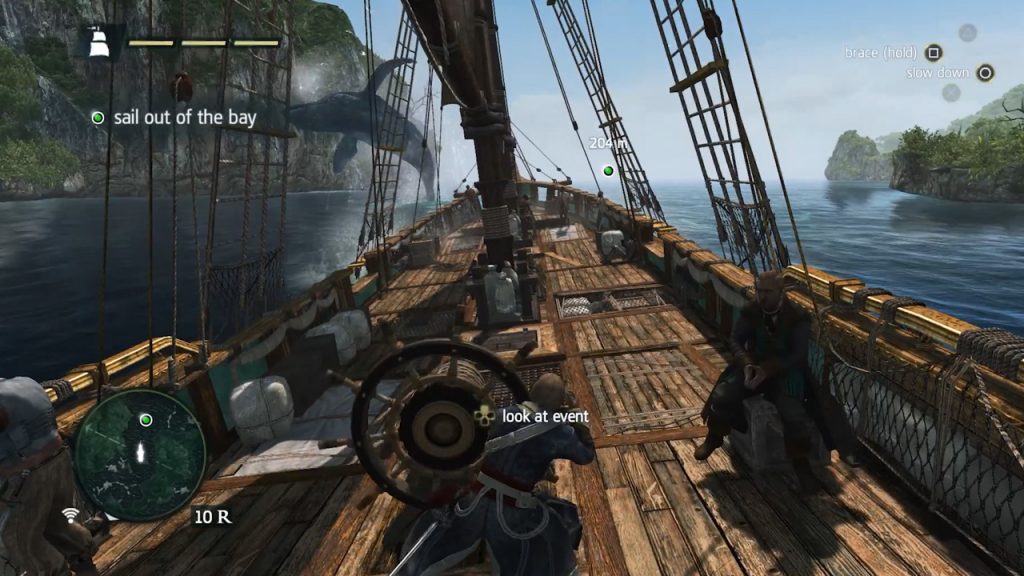 The main story is set in 18th Century Caribbean and follows the story of a notorious pirate. Whilst I appreciate that the visuals aren’t up to the same standard as the newer Assassin’s Creed games, it’s still my favourite. I loved the tropical setting, the ability to battle other ships yourself and send other boats off to different locations to fight. The side challenges are also very enjoyable. I especially enjoyed trying to catch the paper shanties before time runs out. I also often found myself singing along to the sea Shanties whilst sailing around the massive map. 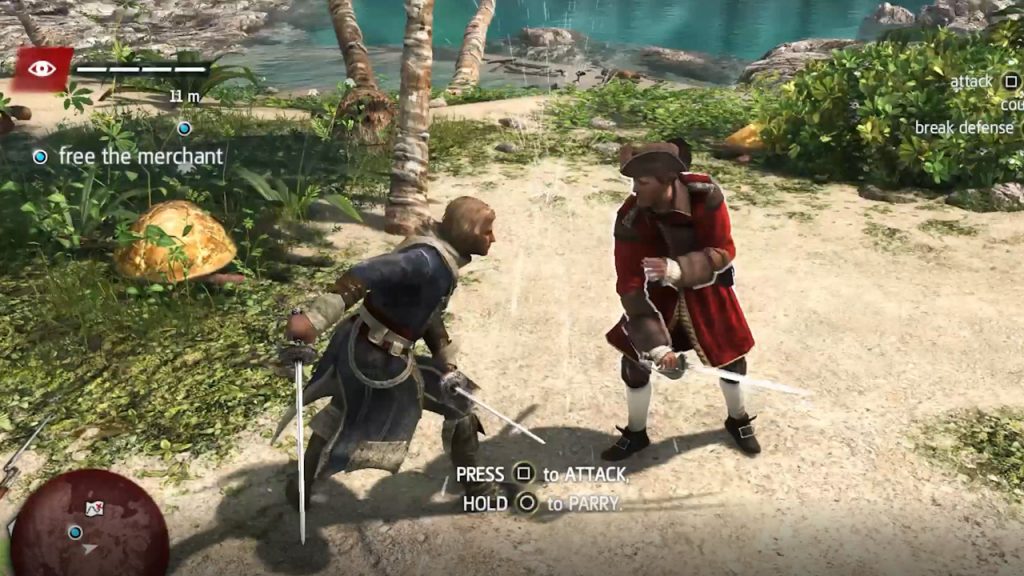 A brilliant variety of stealth, combat and parkour for only £7.84 on MusicMagpie.

In contrast to the last game, Mad Max is set in a derelict wasteland and you play as the reluctant hero Max. The map is vast and full of camps to conquer, totems to knock over, scrap to collect and cars to race. Both your car and Max are upgradeable. Your car can be turned into an absolute beast, which is so much fun to drive and ram into others . The bare-knuckle brawls are responsive and exciting, especially when Max unleashes his Fury Mode. Upgrading Max is equally as fun. You’ve even got storms that randomly appear and whilst they add to the danger they also mean you can gather more loot for your upgrades. 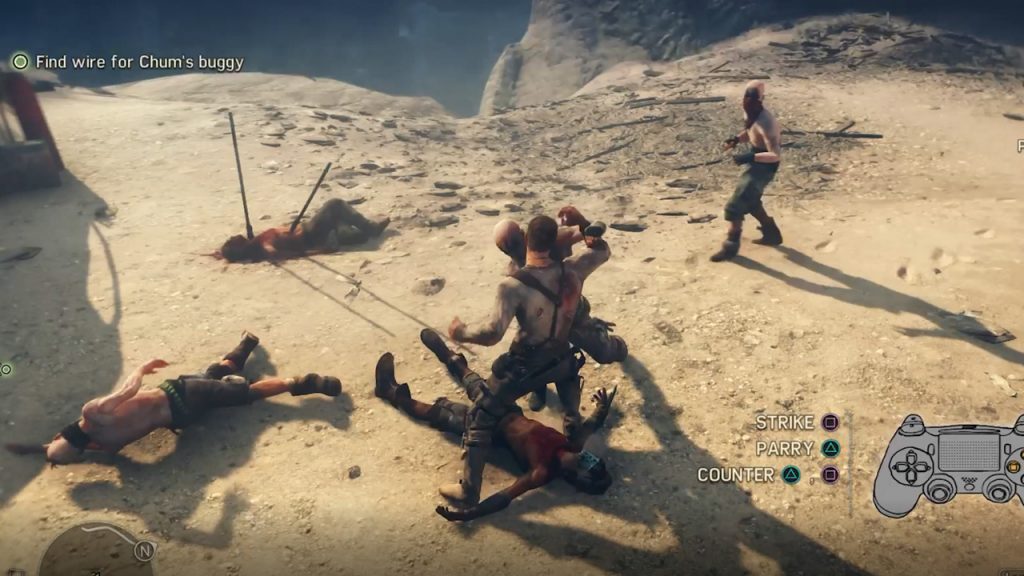 The last game in my top 10 games under £10 for the PS4 is Tombraider Definitive Edition. 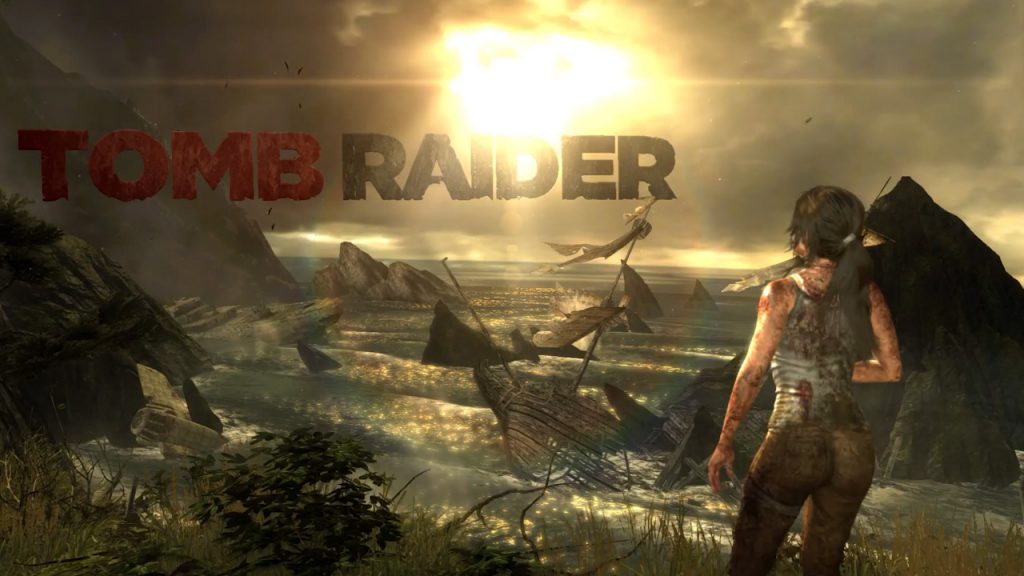 This is the best of the Tombraider reboot games in my opinion. The story is both thrilling and easy to follow. You start the game as Lara who is an inexperienced and innocent young woman who’s been shipwrecked on a mysterious island. As the game progresses she turns into a focused, fully-fledged killer who will do anything to survive and anything to save her friends. 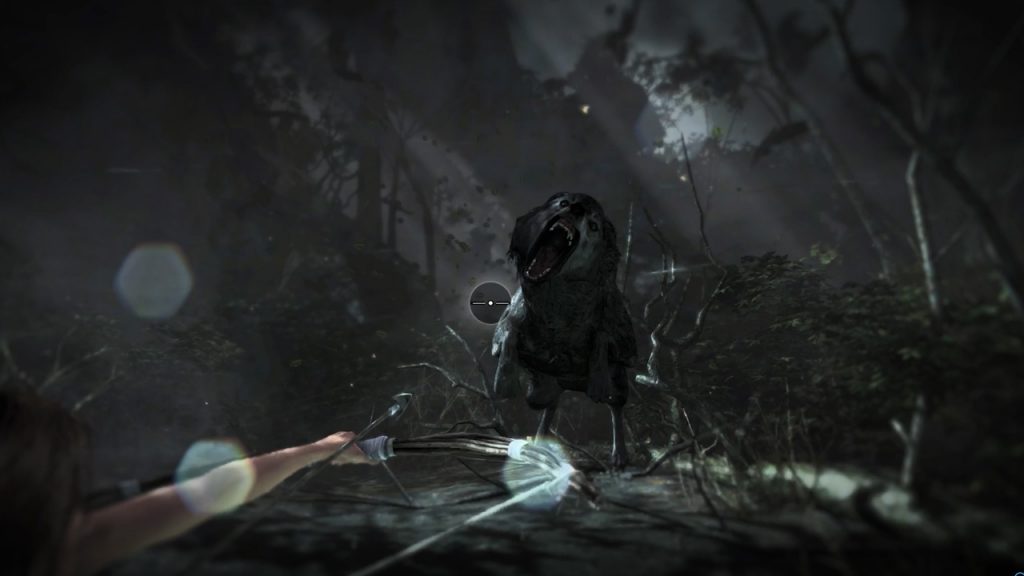 The graphics are beautiful. There’s plenty of enemies to fight, puzzles to solve and opportunities for exploration. At only £7.48 from Music Magpie, this is one of the best adventure games you can play on the Playstation4.

NB – The prices mentioned in this post are accurate for October 2020, but are subject to change.

This £164 Gaming PC Is Awesome! Building A Decent Gaming PC For Under £200

10 Of The Best Couch Co-Op Games

Should You Buy A Used Alienware? My CEX Grade B Laptop

How to overclock a Core2Quad Q6600 using tape

Best PS4 Couch Co-op Games To Play With Your Girlfriend, Boyfriend Or Significant Other

How To Build A £100 Gaming PC! Is This The Cheapest Fortnite & Apex Legends Gaming PC?

This website uses cookies so that we can provide you with the best user experience possible. Cookie information is stored in your browser and performs functions such as recognising you when you return to our website and helping our team to understand which sections of the website you find most interesting and useful.

Strictly Necessary Cookie should be enabled at all times so that we can save your preferences for cookie settings.

If you disable this cookie, we will not be able to save your preferences. This means that every time you visit this website you will need to enable or disable cookies again.

This website uses Google Analytics and Google Tag Manager to collect anonymous information such as the number of visitors to the site and the most popular pages. Keeping this cookie enabled helps us to improve our website.

Please enable Strictly Necessary Cookies first so that we can save your preferences!